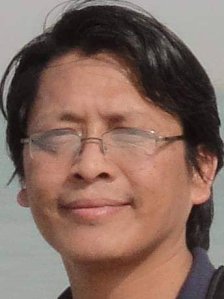 Chandra Gurung is a Bahrain based Nepali poet. He has an anthology of poetry to his credit. That was published in 2007. He writes in his native language Nepali. He has translated many of the Hindi, English and Arabic poets in Nepali. Also has translated some of the Nepali poets in Hindi.

Social and political issues, the predicament of human life, people around him and the present deficiencies of humanity are often subjects of his poetry. Chandra’s poetry depicts the politico-socio-economic conditions of his place. Devoid of allusions of his poems come direct from the core of his very being. His works (poems and articles) have found space in many online and print magazines including More of my beautiful Bahrain, Snow Jewel, Collection of Poetry and Prose complied by Robin Barratt (UK), Warscapes.com and many leading Dailies in Nepal. He was awarded “Asvikrit Bichar Sahitya Samman” in 2016. Recently, he attended the First Dhaka Translation Festival-2018 in Dhaka, the capital of Bangladesh.