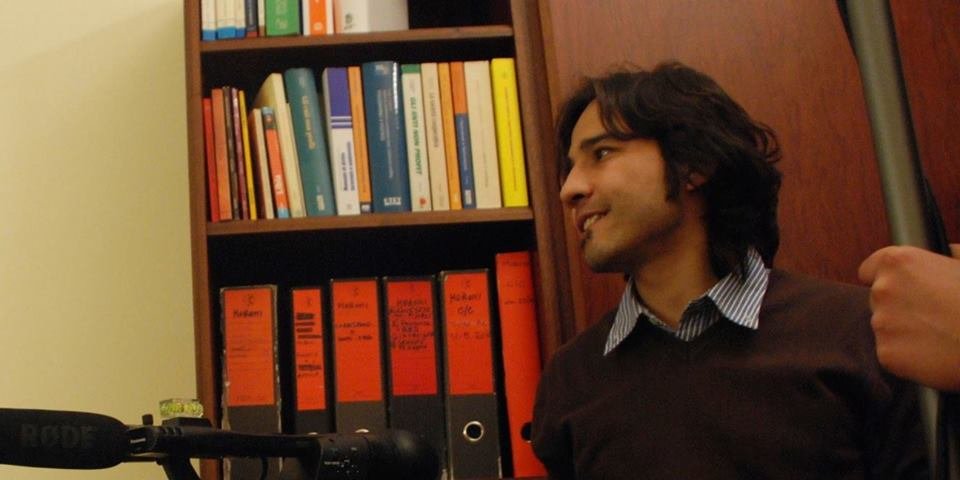 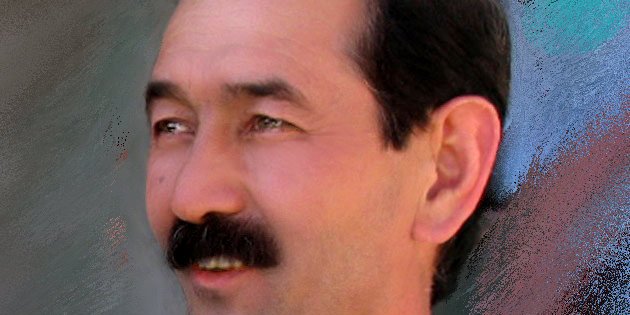 When Budd MacKenzie visits Lalander, a poverty-stricken Afghan village near the capital city of Kabul, the six-foot tall American has no shortage of friends. “I’ve always been treated very hospitably,” he says. “They will welcome you in, they invite you to dinner, they get upset with you if you don’t eat enough.”

Located in the Char-Asiab Valley just south of the capital, this village of a few hundred families has been ravaged by decades of war. Nevertheless, it is home to some of the friendliest people the well-traveled MacKenzie has met anywhere in the world. “They’re incredibly open as a people… I’ve never really experienced any hostility from Afghans.”

From his home in Lafayette, California, MacKenzie has been leading the charge to help villages like Lalander recover from the violence and poverty that have long plagued their nation. His nonprofit organization, Trust in Education, has raised funds for the construction of a school and the organization of numerous other aid programs in this and nearby villages. Their goal is to restore the people of Lalander’s long-lost quality of life and get the village back on its feet.

How long will such a project take?

“Years,” MacKenzie confidently states. Rebuilding a shattered way of life, he insists, is a long process requiring determination and patience. He believes that Americans “tend to be short-distance runners” when it comes to giving humanitarian aid and rebuilding countries damaged by war. “We have a tendency to be sort of quick fixers, looking for quick solutions.”

Trust in Education, he says, will keep working on behalf of Lalander and its neighboring villages until they “reach the point where they can support themselves.” Only by sticking around for the long haul, he believes, can the greatest difference be made.

MacKenzie’s organization, and this unusual take on humanitarian work, originated at a public forum on the Iraq War held in Lafayette in March 2003. After this discussion, MacKenzie and a handful of friends decided to organize a humanitarian project to “make a difference” in areas affected by recent armed conflicts. Afghanistan, which had been torn apart by decades of war, was a natural place to focus their efforts. “We also recognized that given [the United States’] other commitments, including the war in Iraq, Afghanistan’s needs would receive less and less attention,” MacKenzie writes on his website.

An April 2003 cover story in Parade magazine gave him the inspiration he needed. The article featured Greg Mortenson, the famous humanitarian whose work building schools in the mountains of Afghanistan and Pakistan has been credited by many with building support for the US and helping to undermine the Taliban’s hold on that region.

Moved by Mortenson’s example, MacKenzie and a small circle of friends founded Trust in Education in May 2003 in the hopes of raising funds for this and other humanitarian efforts. He contacted Mortenson and asked him to pick out an Afghan village that needed a school. Trust in Education’s first project would be raising the money to construct and maintain this facility.

Mortenson picked Lalander, a community of a few thousand people located approximately twenty-five kilometers south of Kabul. The village had been used by militant Mujahadeen rebels as a base for launching rocket attacks into Kabul during the Soviet Union’s occupation of the country. The people of Lalander found themselves caught in the crossfire as violent retaliations by the Soviets leveled much of the town.

It took MacKenzie and his supporters six months to raise the $60000 necessary to construct the school. Though it involved just a few people at first, the fundraising grew into a community effort. “Neighbors and friends started doing fundraising efforts, and then school children got involved,” he says. “It was all grassroots, just individuals that decided to contribute.”

Soon after construction was completed, MacKenzie made his first visit to Afghanistan to see the completed facility. It would be the first of many trips this longtime attorney and businessman would make to the country that would come to mean so much to him. He found a beautiful country scarred by many conflicts, and hospitable people that nonetheless live in fear.

“My sense is that it’s difficult for them to speak openly…They don’t like to talk about politics or government or any of that openly, and so you almost have to have them alone to get their opinions on things like that. They’re fearful of what somebody might hear or somebody might tell somebody.”

The resurgent Taliban are an ever-present danger to Lalander. Coming into town periodically from across the nearby border with Pakistan, the group attempts to control the populace through intimidation and threats of violence. Many families are unwilling to send their daughters to the school for fear that the Taliban will learn of this and disapprove. To counter this, the school has begun to hold special classes in private residences.

Encouraged by the success of the school construction project and with a growing affection for his new friends in Lalander, MacKenzie began to raise funds for a wide array of projects there. While the construction of a school had been a profound event for the village, he felt that more was needed to fully restore the community’s vitality.

MacKenzie continued to raise money on the home front, embarking on what was to become a continuing campaign of fundraising and education in the US. He has been a guest speaker in numerous schools and rotary clubs, gathering donations while teaching audiences about the many problems facing Afghans.

He decided to focus the efforts of Trust in Education in Lalander and the surrounding area indefinitely, devoting his resources to tackling the issues of a single community. This set him apart from many of his peers in the field of humanitarian aid. Many such organizations focus on improving a single aspect of life for the largest number of people possible; in Greg Mortenson’s case, this means building schools in each village he works in.

While recognizing the contributions that have been made working in this way, MacKenzie felt that he could make the greatest impact by focusing his efforts, for the time being, on a limited geographical area. “What I kind of learned over the last five years is that in humanitarian aid…we do too much patchwork. One organization will go put a well in one location, and then 400 miles down the road somebody will put in a water system, or somebody 200 miles away will come in with a health clinic,” he laughs.

“My feeling is we ought to pool our resources and go to an area and fix it, and then move on, get out of there. By fixing it I mean enable the Afghans to reach the point where they can support themselves: they can buy their own clothes, they can handle their own health clinics, they can buy their own seeds and fertilizer. I wanted to focus the money that I was able to raise on one village for that reason.”

Trust in Education has tackled its projects with the goal of restoring Lalander’s self-sufficiency. While attempting to restore the village’s agricultural system, for example, the organization provided not just seeds and fertilizer, but also a new irrigation system to improve productivity, fruit trees to establish orchards, and training seminars to teach residents improved farming skills.

MacKenzie makes a point to keep Lalander’s residents intimately involved with the process of reviving their community. He consults them about where the village’s problems lie and what sorts of aid he should provide. As he was purchasing and distributing trees for the orchards, it was the local farmers who specifically requested apple and apricot trees. “We provided over 23000 trees. Basically I ask them what they want…We bought them right there locally so we know they grow, and it stimulates the local economy.”

The long-term planning and support demonstrated by these projects is necessary, MacKenzie says, in order to make growing produce a viable financial alternative to the much more immediately profitable farming of opium. It is the same patience and commitment that he believes is needed to rescue the nation of Afghanistan as a whole.

In the course of his work, MacKenzie has attempted to educate and inspire his fellow Americans to take a greater interest in the plight of Afghanistan and other third world nations. He has encounters a wide range of attitudes toward the subject. Many people wonder why they should donate money to overseas charities at all, given the many problems facing Americans at home.

MacKenzie urges them to keep the issue in perspective, noting that the vast majority of the money given by Americans already goes to domestic causes. “If you took all the humanitarian aid dollars and welfare dollars that are spent in the United States…97 and a half cents of that stays right here in the country. Only two and a half cents goes to the rest of the world…Most people think it’s a lot more.”

“I don’t want to abandon the United States, and I don’t want to minimize the work that needs to be done here…I’ve been involved in it myself. But I think we need to also have some funds devoted to people beyond our borders.”

In becoming more conscious of the needs of countries like Afghanistan, MacKenzie believes that the US can improve its standing in the world. Being “better international citizens,” he thinks, will help diffuse the tensions that so often result in violence.

“As far as the rest of the world is concerned, they see us as takers, right? We’ve been taking oil cheaply for a long time. We’ve provided guns and weaponry to people who provide us with, in their view, cheap oil.” He uses US involvement in Afghanistan as an example of shortsighted foreign policy. By arming the Afghans for their war against the Soviets but not taking the lead in rebuilding the country, he says, the US allowed a chaos to descend that sowed the seeds of modern terrorism.

The situation in Afghanistan is grim, MacKenzie admits. When asked what kind of problems are facing the nation, he can only chuckle and reply, “Where to begin?” In addition to its staggering poverty, political stability in the country remains elusive as the Taliban fights to regain control. These persistent problems threaten the basic freedoms and opportunities that many Afghans yearn for. MacKenzie writes, “The war is being waged on so many fronts that it’s easy to be concerned that winning the war is hopeless.”

Despite such fears, he has found himself at the forefront of a growing tide of altruism. Even in the current turbulent economic climate, donations to Trust in Education are growing. Most come from private citizens. “Most of all my support, really, comes from individuals, people who have been giving for a while now, and who give every year. Those are the kind of donors that you like to get…The number of people who are supporting our organization is growing.”

Trust in Education now has a permanent office in Kabul, and has begun to expand its activities to other villages in the Char-Asiab Valley. “I have started to actually move down the road now and started to meet leaders of other villages, who have of course been asking me to come for a long time.” During his most recent visit, he met with the governor of the valley to discuss a possible program of family planning seminars. Whatever the future holds for Afghanistan, Budd MacKenzie has demonstrated the power of an individual to make a profound impact. He believes that such involvement is a critical component of democracy.

“The war on poverty and the wars being waged for the most fundamental of freedoms will not be one by informed observers sitting in the bleachers,” he writes. “Come on down. It’s infinitely more rewarding to be on the field.”