Any Deals With Insurgents Should Guarantee Women’s Rights

(Kabul) - Ongoing Taliban attacks on women in Afghanistan show why women’s rights should be a priority in any political agreement with insurgent forces, Human Rights Watchsaid in a report released today. The Afghan government and its international supporters have ignored the need to protect women in programs to reintegrate insurgent fighters and have not guaranteed that women’s rights will be included in potential talks with the Taliban, Human Rights Watch said.

The 65-page report,"The ‘Ten-Dollar Talib’ and Women’s Rights: Afghan Women and the Risks of Reintegration and Reconciliation," addresses the potential challenges to women’s rights posed by future government agreements with insurgent forces. The report describes how in areas under Taliban control, women are often subjected to threats, intimidation and violence, girls’ education is targeted, and women political leaders and activists are attacked and killed with impunity.

"Afghan women shouldn’t have to give up their rights so the government can cut a deal with the Taliban," said Tom Malinowski, Washington director at Human Rights Watch. "It would be a tragic betrayal to snatch away the progress made by and for women and girls over the past nine years."

In areas they control or influence, the Taliban have threatened and attacked women in public life and ordinary women who work outside their homes. A common form of threat is the "night letter," a note often left at a house or school. A female government employee quit her job after receiving this letter in February 2010: "We Taliban warn you to stop working for the government otherwise we will take your life away. We will kill you in such a harsh way that no woman has so far been killed in that manner. This will be a good lesson for those women like you who are working."

Hossai, a 22-year-old working for an American development company, received similar threats by phone but continued to work. In April, unidentified gunmen shot her dead as she left her office. Soon after, another woman received a night letter telling her that she would be next: "In the same way that yesterday we have killed Hossai, whose name was on our list, your name and other women’s names are also on our list." Taliban and other insurgents regularly target girls’ education, including threatening and attacking female teachers and students. In February, a girls’ school in a northern province received the following night letter:

"You were already informed by us to close the school and not mislead the pure and innocent girls under this non-Muslim government; however you did not pay attention.... This is the last warning to close the school immediately... If you remain in the province, remember that you and your family will be eliminated."

There is little sign so far that the government of President Hamid Karzai is adequately addressing concerns about these attacks in its programs to reintegrate insurgents or in proposals to shift from fighting the Taliban to reconciling with senior Taliban leaders, Human Rights Watch said.

The Afghan government has offered only weak assurances for women that it intends to safeguard the freedoms they have regained since the fall of the Taliban government in 2001. In recent years, Karzai has sold women short when it was politically expedient. In March 2009, for example, he signed the discriminatory Shia Personal Status Law (which denies Shia women the rights to child custody and freedom of movement, among other rights), and in 2008 he pardoned two convicted gang rapists for political reasons.

Some international advocates of reintegration are recasting the insurgency as primarily non-ideological, highlighting "ten-dollar Talibs," who fight only for money. United States and NATO forces and several major donors are strongly backing reintegration programs, which they will largely finance. Their support for reconciliation with the Taliban is more limited.

Despite promises from Afghanistan’s international supporters to promote women’s rights, Human Rights Watch remains concerned that they, too, may sacrifice women’s rights as part of an exit strategy from Afghanistan. For instance, although the Afghan government has said that insurgents who reintegrate or reconcile with the government will have to agree to the Afghan constitution, which upholds equal rights for women, there is no vetting or mechanism to ensure compliance.

Human Rights Watch interviews suggest that there is division among Afghan and international actors about whether it will be possible to offer explicit safeguards for women’s rights to education, work, and political engagement.

"Donor governments rightfully stress Afghan leadership of these processes," Malinowski said. "But that doesn’t mean they have to bankroll Afghan deals that will endanger women."

The Afghan government has sought to co-opt opposition factions by offering them impunity for war crimes and other serious violations of international law. But justice and accountability for serious crimes should be at the core of any reconciliation process with the Taliban and other insurgents, Human Rights Watch said. That requires bringing current government officials to justice for serious crimes, as well as stronger vetting of candidates for elected office and political appointments.

The report outlines conditions that should be included in any reintegration and negotiation or reconciliation process to ensure women’s rights. The rights of women to work, obtain an education, and engage in political life should be explicitly safeguarded, Human Rights Watch said. Individuals with a history of serious abuses against women and girls should be excluded from power. And women leaders need to be fully involved in the decision-making processes for both reintegration and reconciliation, since they are themselves the best guarantors of their rights.

"Afghan women are paying a heavy price in this conflict, and no one wants peace more than they do," Malinowski said. "But their rights don’t have to be traded away in hasty deals. There can be peace with justice."

A Tribute to the Incurable Wound of Kabul: Afshar Genocide

How Pashtun Officials and Taliban Behave Against Women

Where Is the Body of Khaliq Hazara? 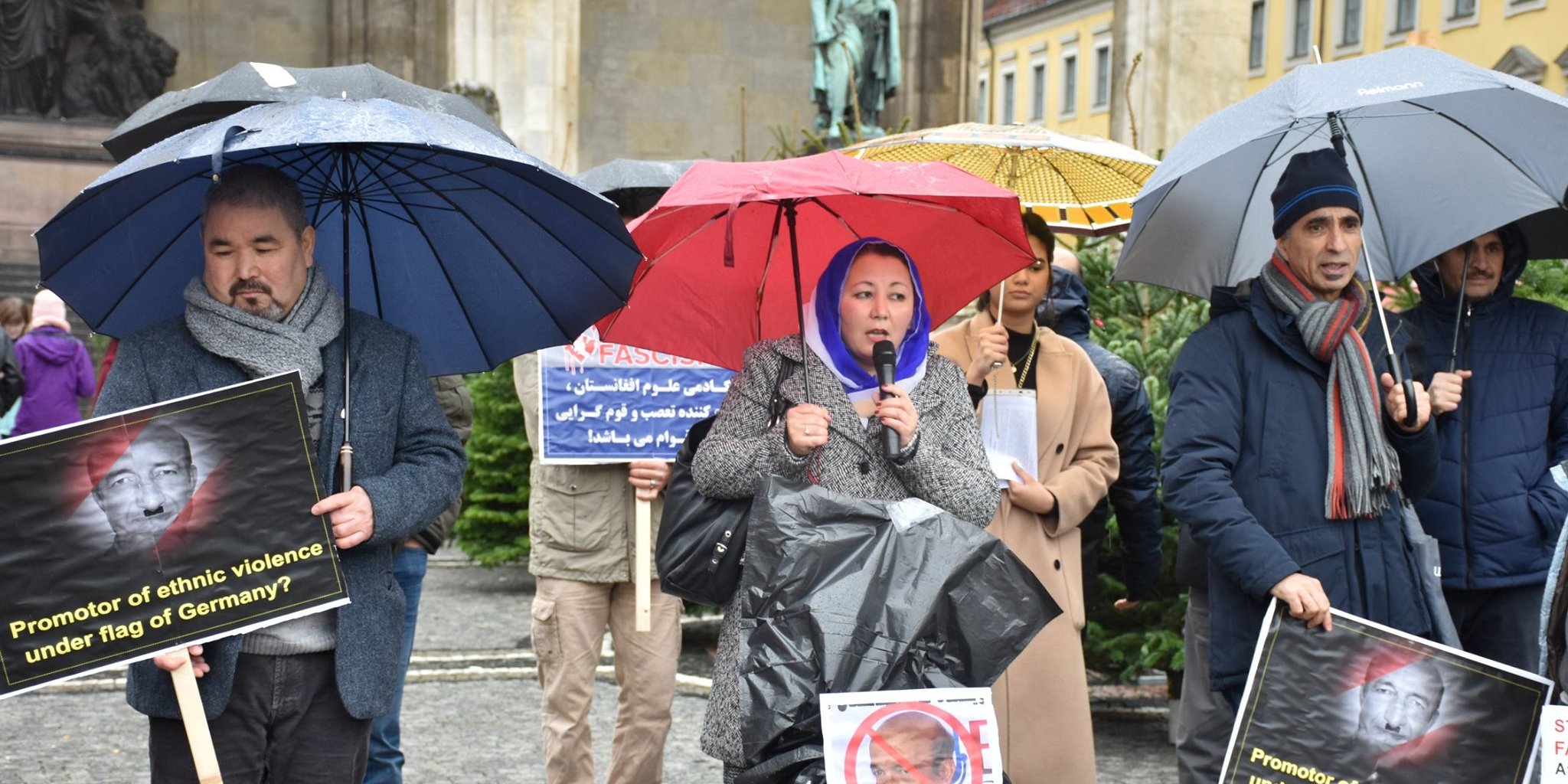