A 24-year old Afghan young man who had to leave his home after being cooped up inside a television station following the murder of his colleague and threats to his own life hopes for an Ataturk style secular Afghanistan. This comes at a time when Afghan democracy is stumbling for stability amidst major security concerns and there’s a rising intolerance to Ataturk’s Turkish model in Turkey itself.

If you have grown up on a post-Taliban diet of Afghanistan, then Shakeb Isaar is difficult to picture in your visualization of the mine-stitched country, war-embattled, AK-wielding mujahedeen-turned-warlords-turned-politicians and a landscape now peppered by blue burkhas.

A youthful dream of free speech

Shakeb Isaar, a name he adopted to protect his family, was the young vibrant face of what an Afghan youth could be at a time when the average person was still recovering from the aftershocks of the Taliban. His programs on TOLO TV, a private channel showcased music and music videos from across the world including local artists in his country, which was forced to deafen itself to any sound that was remotely in rhythm.

An extremely radical program by Afghan standards, it is hardly surprising, especially for those who have witnessed so many attacks on Afghan media workers, that Shakeb now lives in exile in Sweden, a country he might have known very little about while in Afghanistan. In the almost two and a half decades of his young life he has lived in and out of his native country so many times that nearly half has been spent in asylum.

Vivid memories of the violent 1990s with warring mujahedeen and utter chaos - “a time of rampant fighting, killing, robbing, stealing, bombing and million other crimes against humanity” as he puts it only to be replaced by a regime worse than the earlier is what marked Shakeb’s return to Afghanistan each time, and the subsequent flight out. For a young teenager “life under the Taliban was the darkest ever,” but it was also the time that taught him not just the basics of survival but also of living. A life that appeared different when viewed through his father’s hidden satellite dish, the hope of another world lived through political books, and dreams of a more open society; this was the teenager waiting to live his teenage years.

Trained to be a journalist at Kabul University, Kabul’s Arman Radio, was Shakeb’s first opportunity to connect with Afghan youth and music. A music countdown show, which was an instant hit, opened doors to more programs as producer and presenter of a musical program called HOP, and another one on - believe it or not - makeovers called ‘Mujha’ or Waves at TOLO TV.

The price of free speech

This is where his life changed at a speed even Shakeb found difficult. Instant stardom and an accompanied fan base, infused by quotable lines like “why look like Mullah Omar when you can look like Ricky Martin,” brought its share of threats, attacks, violence, self arrests (for safety reasons), and eventual escape from Afghanistan. Until last year, he continued to make program segments for TOLO TV as the European entertainment correspondent for a travel program, ‘Message from Far Away.”

Among the incidents documented, Shakeb was attacked while getting a haircut, resulting in 12 stitches to his hand while shielding his stomach against the assault; he was assaulted and humiliated by local police; his mother’s car was vandalized; he received numerous threat letters; the Taliban and Al Qaeda called for his immediate death; he was expelled from Kabul University; his car was forced off the road and crashed into a tree; co-host was found dead with a gunshot to the head, and he received an anonymous message threatening him with the same end. Eventually he had to live inside the editing room of TOLO TV till he could leave the country.

Today Shakeb lives thousands of miles from Afghanistan in Sweden, the country he chose to make home. There is little of the life he left behind, but more significantly he has left the violence behind him. Though not a musician himself, music remains his connection with people as he jams on his guitar with bands in Stockholm.

For a nation of people tired of unending violence spurred by constantly changing politics, the need to forget the three decades of war is what Shakeb’s brand of entertainment was a response to. “Like food for hungry people,” he attempted to use it as a weapon against the “current dictatorship.”

Having earned the ire of everyone from the government, secret Afghan agents, police, Mujahidin, local criminals and the Taliban, one of Afghanistan’s most popular VJs sees his fight as one for real democracy and freedom of expression. Proud of what he achieved when he was in the country— from his haircuts to clothes to the entire youth culture— it was a peek into a world that lay beyond Afghanistan for many of the country’s youth who had grown up with minefields, AKs and omnipresent death.

While he would like to return to Afghanistan, the maturity of a war-ravaged history tells him there is no immediate hope for a country that has today become a battleground “between powers in the world occupied by imperialists. ” He feels there is little hope even for the next hour because even today just “five percent of the population make decisions that fill only their own pockets.”

While his Hazara ethnicity would be important inside Afghanistan, in Stockholm Shakeb is just another Afghan in the small community of eleven thousand Afghans, making him quite easily invisible in a 9 million strong multi-cultural Swedish society. It’s mostly Swedish friends who have helped him re-build his life. And yet this former Afghan icon of Westernized lifestyle, who was condemned for peddling an alien culture, unabashedly feels responsible for his home country, and tries to figure out the ways to be a cultural ambassador for it.

The real Afghanistan, stifled by a media-propagated perception of a country at war, where drugs and terrorism come easy, is what he aims to promote. So while a Swedish government’s loan takes care of his academics and living expenses, Shakeb takes time to travel as a freelance journalist on seminars and conferences throughout Scandinavia to clear the myths and misconceptions surrounding his homeland.

While Sweden might not be paradise for him, it comes with its opportunities. He does miss the spiritedness of his own people amidst a more restrained Swedish society, but he is happy for the life he has and the freedom it offers. This self-proclaimed Enrique Iglesias of Afghanistan is a sobered man now. Concerts, coffee, cooking, and soccer with friends is what a regular day is like for him today. And while he dreams of a secular country in his heart, it is with a song on his lips that this young man does hope to return to his country someday…to the smell of Afghan kebabs, the sound of his native tongue, and the sight of his mother. 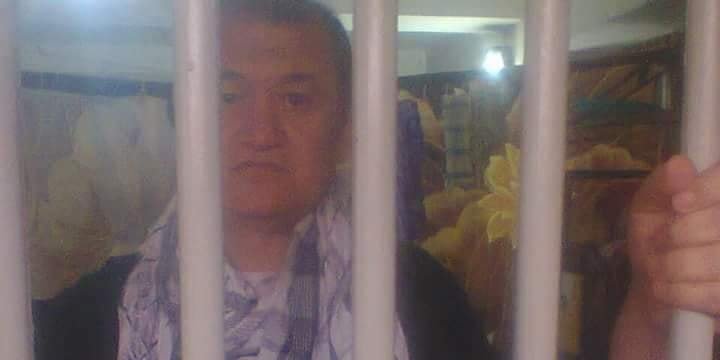 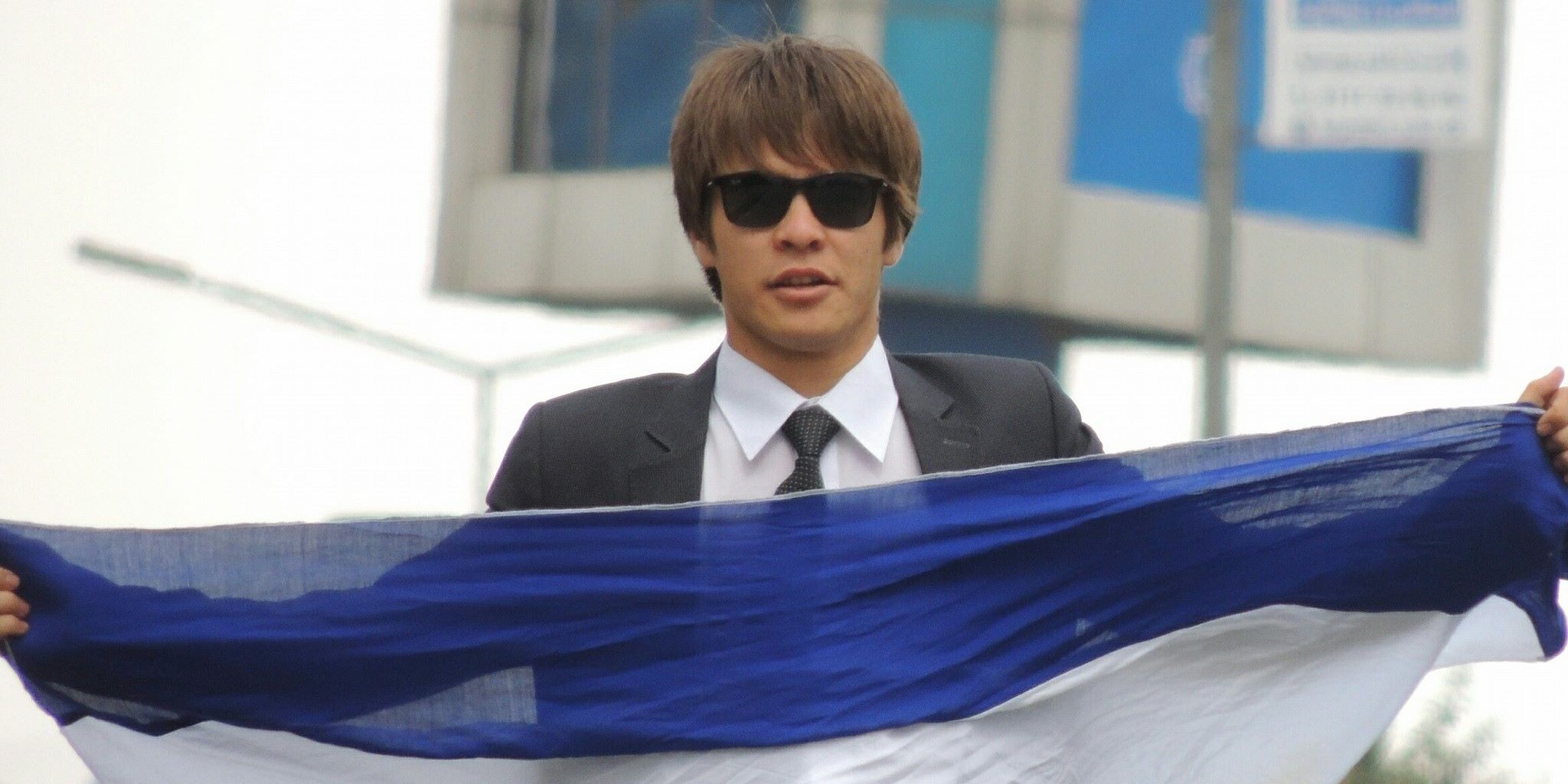 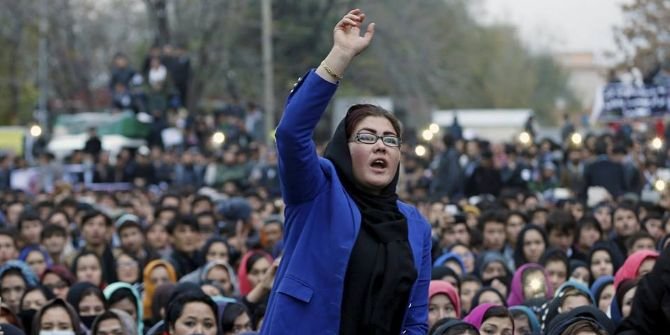