3 Hazaras among 4 killed in Quetta 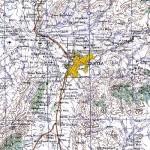 QUETTA – Four people were shot dead, including three Shia of Hazara community, and two others wounded in two separate incidents of firing, in Quetta on Tuesday.
According to DIG Investigation Hamid Shakeel, five members of Hazara community of Shia Muslims were traveling in a cab were heading towards Hazara town when armed men, riding motorbike, sprayed bullets on the cab on Brewery Road. “Three people died on the spot and two others sustained serious wounds,” he added.
Police and other law enforcement agencies reached the site soon after the incident and cordoned off the area. The rescue workers moved the dead and injured to Bolan Medical Complex Hospital where one of the injured is said to be in critical condition. The deceased were identified as Muhammad Essa, Muhammad Hussain and Zakir Hussain while the injured were identified as Hussain Ali and Muhammad Ali.
Police said that all victims belonged to the same family and the incident appeared to be a case of sectarian killing. No group claimed responsibility for the incident. Separately, unidentified gunmen shot a man dead on Brewery Road. The attackers fled from the scene after committing the crime.
Meanwhile, the Hazara Democratic Party strongly condemned the brutal attack on members of Hazara community, calling it a failure of the Balochistan government The HDP said in a statement though the Frontier Corps (FC) had been with invested with powers of police, sectarian killing were worsening law and order in the province.
Source and copyright